Uninsured and Underinsured Motorist (often see as UM for short) coverage is probably one of the most misunderstood coverages and for good reason.

UM/UIM coverage can provide vital protection. It typically applies if you are hurt in an accident involving:

This coverage provides options to the insured against an at-fault driver not having insurance, or not having enough insurance for their bodily injury.  Which is why we find policies that lower this coverage for the sake of saving a few dollars on their premium a huge disservice to our clients. 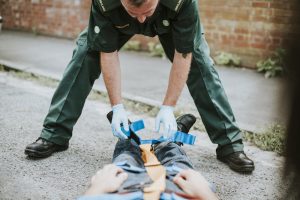 This topic is so sensitive, that the Georgia state requires agents to keep a form on record showing the client accepting or declining the coverage, and to what extent.  We can’t blame people for skipping on this coverage.  It is difficult to explain, and often decent enough factor in their premiums to make a dent.

To make matters further complicated there are two options for Uninsured and Underinsured Motorist in Georgia.  Take note that UM coverage only takes into account once the AT FAULT parties (if known) insurance or assets have been exhausted.

Since the settlements can vary greatly, it is vital that clients understand the difference between the two, and have the coverages known and signed for.  For many people, the last thing they want to hear is that they passed on something that could have drastically altered their life.

This coverage can NOT exceed the Bodily Injury limit.  Which means you can not insure yourself for a limit greater than you insure other parties.  Yet people can most certainly insure themselves for LESS, which is far more common than one would like to believe.  Again, we can not blame our consumers, given that the common message that suggests insurance is a commodity that would be valued based on price alone.

At The Weikum Group, we always quote with matching limits.  Whether we establish an insurance profile at 50/100 or 250/500, we match UM limits with BI limits.  Should the client elect to insure themselves at a lower coverage limit to save money, we can do so but do it kicking and screaming (and paperwork signing off on).

We love our community, and the best we way can make sure everyone is better off is by placing the right client with the right company.

Are you ready to save time, aggravation, and money? The team at The Weikum Group is here and ready to make the process as painless as possible. We look forward to meeting you!

Start Here
Chat with us!
×
Send Message In App
Skip to content